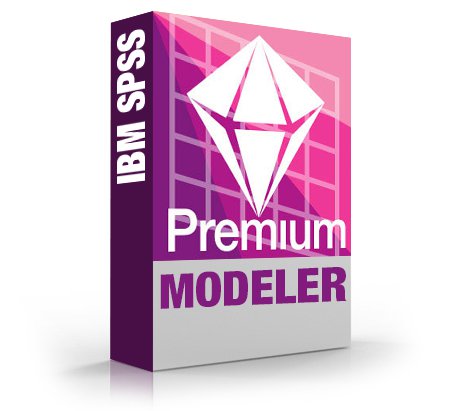 IBM SPSS Modeler is an extensive predictive analytics platform that is designed to bring predictive intelligence to decisions made by individuals, groups, systems and the enterprise. By providing a range of advanced algorithms and techniques that include text analytics, entity analytics, decision management and optimization, SPSS Modeler can help you consistently make the right decisions—from the desktop or within operational systems.

Address a multitude of business problems and analytics requirements with a range of advanced algorithms and capabilities. SPSS Modeler Premium capabilities such as text analytics, entity analytics and social network analysis, along with automated modeling and preparation techniques, help you unlock insights from almost any type of data.

Over the past a year, a number of algorithms were added to Modeler but with the restriction that they only run with Analytic Server –which is the connector from Modeler to Hadoop. In version 18, all six of these algorithms are now available in Modeler with any type of data. The algorithms include

An important feature of all these algorithms is that they are multi-threaded – i.e. a single build can use more than one core. This will improve model build times for large data sets and make better usage of data resources. GLE and Linear SVM support regularization which prevents overfitting by penalizing models with extreme parameter values. Finally, Tree-AS and Linear SVM have behind the scenes data preparation that will automatically handle common data issues

We have also added a big data algorithm in Modeler version 18 not present in version 17.1– a new version of the time series algorithm. Like the old version, it supports three methods of forecasting exponential smoothing, ARIMA and expert Modeler. In version 18, time series will run in Analytic Server and support multi-threading. In addition, the new algorithm supports split modeling. In Modeler, a variable can be defined as a split variable in the type node – with the result that supported algorithms will then produce a separate model for each split. With version 18, time series can be added to this list of supported algorithms.

Product may only be sold to an individual who is currently employed in an institution of higher education located in the United States , for educational purposes and non-commercial academic research. Limit one per customer.  Non-commercial academic research which means research by an employee where (i) the results of such research are not intended primarily for the benefit of a third party, (ii) such results are made available to anyone without restriction on use, copying or further distribution, and (iii) any copy of such result is furnished for no more than the cost of reproduction.

Also to note, the employee must reside in one of the 50 US states only; territories such like sovereign military locations, PR or USVI are not included.